What Is the Problem? Segregated Multi-CDN

Around the world, Global CDN content distribution platforms have developed vast networks containing hundreds of thousands of edge nodes all over the world. However, the Chinese market has been left unreached by the rest of the globe.

Due to national security concerns, content delivery in and out of China is a highly regulated service. Foreign CDN companies are not licensed to operate in mainland China; No businesses are allowed to open in China without proper licensing and sponsorship from a Chinese owned and operated company. Therefore, global giants from all over the world are incapable of providing services that reach beyond Hong Kong. As a result, these network providers are left with no options but to rely on their partners in China to distribute to the mainland.

In the case of China, a cross-border CDN is far more complicated than a normal multi-CDN approach that is commonly seen everywhere else in the world. Traffic through the national firewall using public internet often gets interrupted, mostly from severely congested networks which results in 30% or higher packet loss entering into mainland China. Remember there are 1 Billion online users in China; congestion is quite common which makes it tough for businesses to transmit data successfully (uploading or downloading large files or updates). Integrated multi-CDN becomes Segregated multi-CDN.

What Is The Solution? ChinaEdge™

By leveraging our GPN (Global Private Network), ChinaEdge™ bridges the traffic from global CDN to mainland China bypassing the congestions on the pubic internet gateways.

Integrated with multiple global CDN and China national CDN operators, ChinaEdge™ is a non-intrusive solution to your current architecture and services in production. Keep your resources intact and manage them the way they are, ChinaEdge™ can be deployed as a plug-n-play.

Among our users are digital marketing experts with little IT resources or expertise. ChinaEdge™ is offered as a turn-key service which includes support from our expert engineers who will arrange from setup to launch.ChinaEdge™ can be deployed for those companies with minimal IT support.

ChinaEdge™ Use Case By Industry

With Petabytes passing through our GPN (Global Private Network), ChinaEdge™ offers acceleration service to both dynamic contents and static contents in many industries. More information on use cases in different industry can be found from the links below. 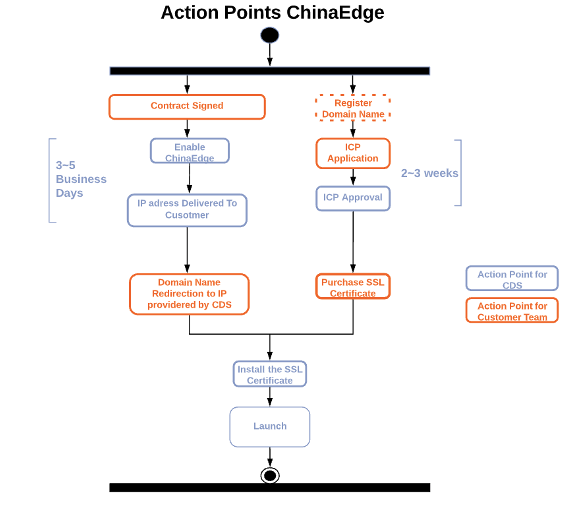